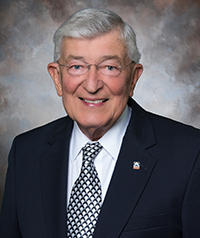 He is past president and former Member of the Board of Directors of the Independent Community Bankers Association of America, Washington, D.C. Doyle has served on the Advisory Board of the Southwestern School of Banking at Southern Methodist University, and he is a former Board Member of the Texas Tech University School of Banking. He also was organizing director of Texas Independent Bank in Dallas, Texas. He was named Texas Banker of the Year in 1987 for his work in helping to organize and served six years as Chairman of ICBA Bancard, Inc., a national credit card network of over 2,000 community banks. He remains an Advisory Director to ICBA Bancard. Doyle has been a member of the American Academy of Management and the American Arbitration Association. He currently serves as a Member of the Advisory Board of Directors for the Michael F. Price College of Business at the University of Oklahoma.

Doyle holds a BBA in Management and Economics from the University of Oklahoma and an MBA from the University of Houston. He is a member of the Knights of the Equestrian Order of the Holy Sepulchre of Jerusalem. He and his wife, Mary Ellen, reside in Texas City and are members of St. Mary's Catholic Church, where he serves as Lector. They have five children and nineteen grandchildren. 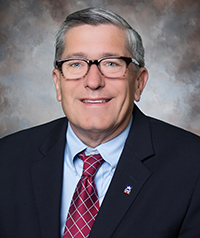 Matthew T. Doyle is the Mayor of Texas City and Chairman of the Board of Texas First Bank and Texas First Insurance Agency. This is in addition to the multitude of other professional and community activities and involvements, including serving as Chairman of the Bay Area Council of Boy Scouts of America.

Doyle was named one of Ten Outstanding Young Americans for 1994, in recognition of his commitment to community service and his ability to overcome adversity to succeed professionally. He had previously been honored as one of the Five Outstanding Young Texans in 1993.

A 1980 graduate of Texas Tech University with a Bachelor's Degree in Finance, his alma mater honored him with the Young Alumnus Outstanding Achievement Award in 1993.

He resides in Texas City with his wife, the former Debbie Faulkner of Abilene, also a Texas Tech graduate. The couple has two children: Sean Thomas and Erin Elizabeth. 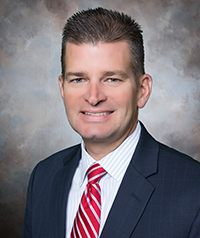 Doyle is a true leader and is committed to his community and civic activities personally and professionally. He is a Member and former Chairman of the Salvation Army Advisory Board and is a volunteer with the Boy Scouts of America. Doyle is also an Eagle Scout, a former member of the Texas City-LaMarque Jaycees where he served as Treasurer and President, and a former Member of the Board of Directors of the Texas City – LaMarque Chamber of Commerce.

Doyle received the IBAT Excellence in Leadership Award in 2005, in 2006 he was named one of the Five Outstanding Young Texans by the Texas Jaycees, and in 2007 he received the Texas City – LaMarque Chamber of Commerce Citizen of the Year Award. In 2012 he received the highest honor a civilian can receive from the Salvation Army, the Others Award.

Doyle resides in Texas City with his wife, Stephanie Katherine Doyle, and their four sons, Corbin, Charles, Christopher, and Cullen. He is a member of St. Mary of the Miraculous Medal Catholic Church of Texas City.